ATtiny as Arduino with Eclipse

I learned about the power of Eclipse as an IDE after many years with VIM, when I started developing in Java. This is when I learned that Eclipse can do magic when working with Java. Later along the road, envious of the ease of writing Java code in Eclipse, I discovered that also with C++ Eclipse can still give me much more than the VIM plugins which I downloaded and wrote myself. That is not to say that I’ll use Eclipse for everything, but at least for Arduino projects I found that it is the best solution for coding, source browsing, build and upload.

I’m going to use ATtiny84 as an example here. The general idea should work for most ATtiny cores.

Preconditions for using ATtiny as Arduino with Eclipse

I’m not going to delve into the items in this section since you can find on google all the information you need.

– Connect the Arduino to the ATtiny, as described here, resulting in something like this for ATtiny84: 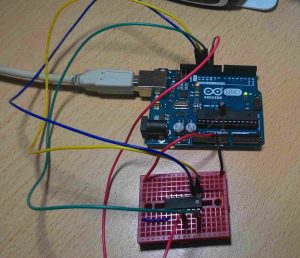 ATtiny as Arduino with Eclipse

At least for the Sloeber plugin version I’m using (3.1), trying to add ATtiny boards was far from transparent. I’m documenting how I solved it below with lots of pictures. If you follow these guidelines carefully then you’ll see it really works like a charm and even not that much of a hassle after the initial one time setup.

UPDATE: as you see in the comments section a nightly build of the Sloeber plugin will probably solve the issues I’m solving manually below. So this is an option for you if you want the cutting edge plugin version. 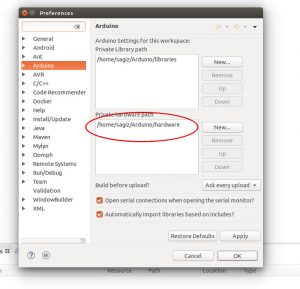 As evident from the last perl command, I’m setting the compiler.path to the folder where avr-gcc executable is, but note that tools.avrdude.path needs to be set one folder up from where avrdude executables is located.

Unfortunately for us all of the above is not enough and the plugin doesn’t take all what it needed automatically at this point. As a consequence  you’ll need to update the include path per project once. We’ll use the blink.ino example to show how to setup a new project correctly. 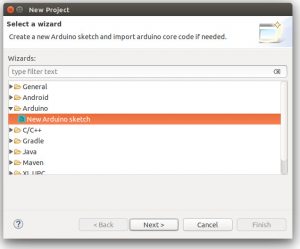 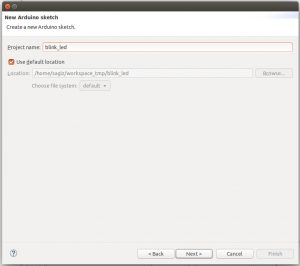 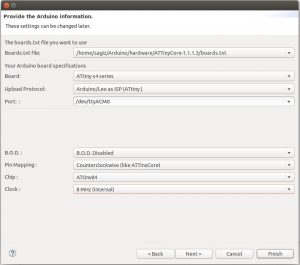 these are the settings I’m using. Make the required adaptations for your needs. 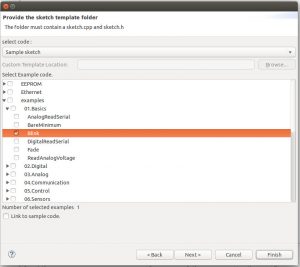 For some reason, at least for my setup I also always have to edit the ino file and add “#include <Arduino.h>” to the top of the file to avoid build errors (if you include a file from another library which already includes Arduino.h, then it is not needed of course). 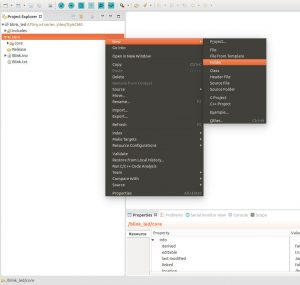 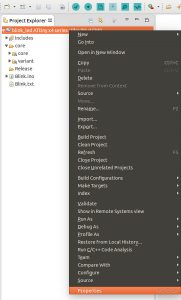 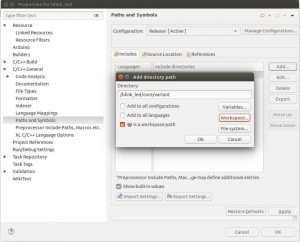 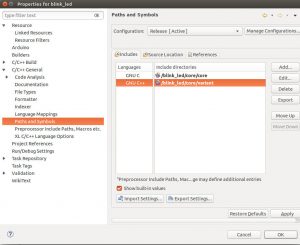 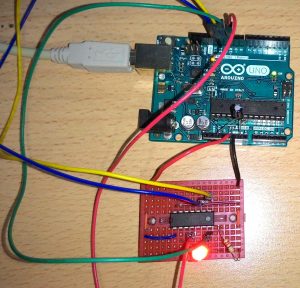 To set the ATtiny84 fuse to 8Mhz internally (note the -carduino because I’m using “Arduino as ISP”):

The avrdude command line syntax is copied from the Eclipse console (if you have some other upload protocol or setup, then copy it from there, but be sure about the fuse syntax before using it):

Eclipse has it’s strong and weak points like any IDE, but its strong coding aides (completions, source browsing, code generators, syntax highlighting, marking build errors as you type, etc.) and the great Sloeber plugin for Arduino make it an unbeatable companion for Arduino coding. This post shared my experience in making this great setup work for additional boards, specifically making it work with ATtiny chips. I hope this helps you build your Arduino projects for your favorite chip on Eclipse.